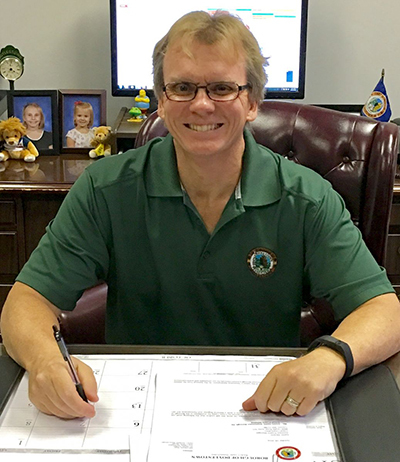 John Davis has been Borough Manager since May 1994. Prior to that, he served first as Assistant Borough Manager and then as Public Works Director from 1989-1994. He also served as the Code Enforcement Officer of Lower Makefield Township. He is a 1987 graduate of St Joseph's University, Philadelphia, Pa. with a B.A. in History and a 1988 graduate of the Pennsylvania State University, University Park, Pa. with a Master’s Degree in Public Administration.

John is currently a member of the Bucks County Community Development Block Grant Advisory Board, the Executive Committee of the Delaware Valley Municipal Management Association and is Chairman of the Executive Committee of the Delaware Valley Insurance Trust. He is the historian of the Ancient Order of Hibernians, Division 3, Bucks County. He served as Vice President at Large of the Association of Pennsylvania Municipal Managers (A.P.M.M.) from 2003-2005, was a member of the Board of Directors and Vice President of Habitat for Humanity of Bucks County, from 1998-2004, President of the Kiwanis Club of Doylestown from 1998-1999, and President of the Bucks County Consortium of Municipalities from 1997-1998.

Originally from Morrisville, PA, John resides in Doylestown Borough with his wife, Julie, and daughters, Catie and Grace.

Crafted by // Mind Your Design